Newly discovery for my self

hmmm.. i washed chicken meat this morning and i found out that the dishes of milk was there on the sink. GOSH, I told myself. I felt like yacks! I cannot understand myself why I felt it?  I'm not used to separate things which I didn't work with religious people here. They said it is unhealthy , and that was I felt at that moment. So, I asked myself why do Jews separate milk from meat and I found this answer.


This is to avoid any possibility of "seething" a kid in the milk of its mother, meaning to cook the meat of one animal in the milk of that animal's own mother which the Torah tells us is an abomination to G-d. The Talmud then interprets this as a ban on cooking any meat and milk together, or eating such a mixture which is known as basar bechalav - this rules out cheeseburgers and certain candies which may contain both dairy and gelatine - as the rabbis who created the Talmud could find no reason for this rule, it is designated one of the Chukim - those of the 613 Mitzvot (commandments) for which there is no apparent reason.
Some people have argued that to do so would be inhumane in Jewish philosophy, just as taking eggs from a nest while the mother bird watches in inhumane according to a law known as shiluach haken. Either way, many Jews take great care to ensure that dairy and milk do not become mixed, keeping two separate sets of utensils and cooking pots as well as using one area of the kitchen to prepare dairy products and another to prepare meat.
There has been little agreement on how long one should wait before eating one after eating the other, though it is generally agreed that consuming meat after dairy is not as bad as the other way round since meat has been believed to leave a residue for some time after it is eaten. Different Jewish communities have adopted different guidelines - most Sephardic (Southern European) Jews will wait six hours, as will many Ashkenazi (Northern European) Jews; but those of German descent traditionally wait just three hours and those of Dutch descent merely one hour. Most rabbis in modern times - including many Orthodox rabbis - favour leniency.
Read more :
Click the Link for more information 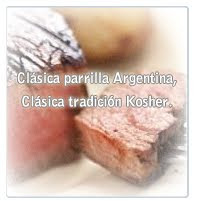 Email ThisBlogThis!Share to TwitterShare to FacebookShare to Pinterest
Labels: about me, israel, life, lifestyle, religion

thx for visite my blog ,