Hello my dear readers and fellow bloggers. How you doin' guys? It's been a long time that I haven't visited here or give a chance to write a little journals.
Life is not the same anymore since I went home and left Israel for good. Many things happen, some are good and some are not bad enough.

Here back in my page, I will try my best to write an updates of my journey and also an article that might be interesting for you and for some readers of this blog. Being a working mom now, I have to divide my time.

Life is full of ups and down and I'm thankful that despite of life experiences I've been through I'm still here to see this beautiful world. I always look life in a positive way, weather it is too hard to achieve, but feeling confident I know that in every problems there is a solution. God will not give me any trials if I could not make it.
As a human being, I  truly said that sometimes I also lost my confidence. If I  feel this way all the negative thoughts control my life. Just lately, I feel so restless and psychologically stressful. My mind, my heart are so disturb. Full of apprehension that made me feel sick all the time. Sometimes I have irregular heartbeat that made me a little bit afraid. That was why I stop blogging for a while because I cannot concentrate what to write. I diagnosed myself because I don't want to see a doctor and give me some medication which I don't like to take. Although I'm a bit scared, however , I try to be normal and updating chikas at facebook... ^_^
I appreciate your visit here guys and I'll catch up on you whenever possible.  I will be busy also for the following weeks because I have to train my replacement here at work. I'm away for a short holiday as well before going home. I'll be in the Philippines in two weeks time. See yeah, blogger friends in Davao City.!
at August 28, 2010 13 comments:

Email ThisBlogThis!Share to TwitterShare to FacebookShare to Pinterest
Labels: self. emotions

Learn How to Cope with your Anger

Listening the moaning every minute of the day makes me sick, and tired. In fact, she is absolutely stubborn old woman that irritates me. She drove me mad this morning to do things that can affect her conditions made me so impatient and hot tempered that leads to argument.  I cannot control my emotions  and  did say something to her that I regret and feel ashamed.  I forgot who I was dealing with at that moment. However, I don't want to be blame by her children,  God forbid, what will happen to her. I did the right thing but I got hurt with my action and ruined my day.

I'm a person with a lot of patience but I realized, the older I am, without exaggeration I become so impatient, get irritated so easily and get angry quickly. Sometimes I cannot control and managed it. I keep going on and on.

Learn how you can cope with your anger in a healthy and constructive way from Dr. Stephanie Sarkis, a National Certified Councilor base in Raton, Florida and an eHow contributor.

1. Realize that anger is a normal human emotion. It is neither good nor bad - it just is. It is what you do with your anger that counts. Once you take away the idea that anger is "bad", it can be much easier to deal with it.

2. Know your body's reactions to anger. When you get angry, does your heart start racing? Do you start to sweat? Does it feel like you might explode? Do you even get so angry that you don't remember what you've said and done until it's all over? The first step towards coping with your anger is knowing when it is coming. That way you can take steps to calm yourself down before your anger gets out of control. It is especially helpful to know your body's signals if you have the type of anger where you go from calm to angry in a matter of seconds.

3. Know your triggers. Are their things that people say or do that really get your blood boiling? Know what these triggers are. Remember, that no matter what someone says or does, you are still responsible for your actions.

4. Look at what you are really angry at, or what you are really feeling. Are you really afraid or scared, and your anger is covering it up? Sometimes it can be easier to be angry than have to dig deep and look at what is scaring us. Are you really angry at your boss, or are you angry about what you feel is a loss of control over your life? Sometimes discovering the real reason for your anger can do a lot to abate it.

5. If your anger has hurt someone or offended them, apologize. You don't need to get into a long talk about your feelings and your issues with anger. Just tell the person that you acted inappropriately and that you are sorry.

6. Learn "time-out" techniques. If you know your body's signals for anger, take a step back as soon as you start feeling that "anger itch". Physically remove yourself from the situation. Take a walk outside. (It is not recommended that you drive off in your car, as anger can increase the chances of reckless driving.)

7. Get outside help. If your anger has gotten to the point where it is affecting your health, your relationships, or if you "black out" because you get so angry, seek the help of a professional. There are counselors that specialize in anger issues. Remember, getting help is a sign of strength, not of weakness.

Email ThisBlogThis!Share to TwitterShare to FacebookShare to Pinterest
Labels: Personal, self. emotions


Some Things Are Free


On This Side of Town

My Life & My Journey Online

Our Kids Plus Us

I Heart Them All

The Woman from Home

A Journey Of Life

Love Is In The Air

Jennyholic, Confession Of An Addict

Hugna: Jan’s Glimpse of the World

It's All About the Latest, Future & Concept Cars

It's Not Just A Blog!

Written In Your Heart

Everyday As It Comes

Everything Is There To See

My Cooking Challenge & My Healthy Lifestyle Is On

Brew of the Day

GEORYL: Blogging With My Heart

Everything Has A Reason

In Pursuit Of Success

Our Travels and More

One Day at a Time

My Thoughts, My Heart, My Turf

I am a Princess. All girls are 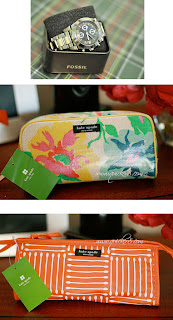 Here's how to join :


1. Subscribe to her feed via email located right side bar of her blog(REQUIRED) - 1 Entry
2. Blog about her contest along with the Prizes {You MUST include the Prizes and My link}- 5 Entries
- If you have multiple blogs, much better. Each blog post along with the Prizes -5 Entries.
3. Leave a comment in this post telling what you did and give her the link of the blog post. 1 Entry.
4. Comment to any of her post. From August 8,2010 to Sept 8,2010 and you’ll have 1 entry each comment.
Make it sure it's at least three words
Head on to her blog and join. The contest ends on the  8th of September 2010. And it is also open internationally. So everybody can join.
at August 15, 2010 3 comments:

Email ThisBlogThis!Share to TwitterShare to FacebookShare to Pinterest
Labels: contest, freebies and giveaways

Plan For A New Change

I'm feed up with my layout, so I plan to have something different and new.^_^ But I need more time because I know there will be a lot of work to do so.
Have a nice Saturday to all. Enjoy the weekend.:)
at August 14, 2010 2 comments:

In order to understand what is SIM card is and how a GSM phone works, you need to know the mechanism and benefits of both.
Do you feel a little overwhelmed with the thought that you will pay  too much money to make only a few phone calls the next time you travel  abroad? The roaming charged applied when making calls overseas can be  astronomically high. However, there is a way to prevent such an  unbearable cost. When traveling abroad, especially when you go to the  US, you can bring an unlocked GSM phone with you and then buy a USA SIM card when you get there. Then, you will be  able to make calls anywhere in the US with a local calling rate. To know  more about a SIM card and a GSM phone, you need to review the  information below to become even more knowledgeable about them.
SIM cards and the GSM phone mechanism

A SIM card, or a Subscriber Identity Module, is a handy memory chip  that you can easily transfer from one cellular phone model to another.  You can easily switch your SIM card from one phone to another by sliding  the SIM out of your existing phone and placing it into another phone.  Your SIM contains information on personal identity such as your cellular  phone number, your text messages, your phonebook and other important  data. You can consider it as your mini hard disk. A SIM card is used on a  GSM phone that operates on a GSM communications network.
A GSM phone is a kind of mobile phone that uses GSM, or Global System  Mobile, Communications to send and receive countless phone calls. GSM  is considered the digital standard that was primarily presented and  opened for business in 1991. Presently, it is known to be the most  famous transmission technology in the entire world when it comes to  mobile phones.
SIM card and GSM phone benefits
A SIM card is not only easily transferable from one phone to another,  it also gives an international traveler ease in traveling by allowing  him to bring only his GSM cellular phone and just buy a local SIM, which  takes just a few minutes of time and allows the traveler to avoid  paying those pricey roaming charges.
The use of GSM phones makes using SIM cards a snap because they  provide easy accessibility to personal information, even when changing  to new phone models. When switching from one phone to another, you can  still make or receive calls with your same number. GSM phones with a GSM  technology paved the way for the birth of text messaging within various  countries. Text messaging is very popular in Asia and Europe. North  America is beginning to catch up with its popularity, too. Moreover, US  carriers use numerous technologies, including the use of third party  gateways, in order to transmit text messages.