Common sense is not a common thing 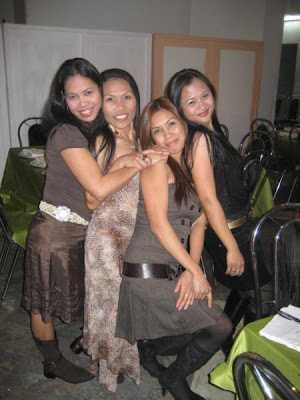 This is the happy times when we were together!


For 31 years of existence in this crazy world, I've learned and experienced a lot of things in life.

Before I went abroad 6 years ago I thought life was like that. Pains, hard work, and happiness. Yes, it was but the more I get older, the more I understand what life is.?I meet different people, different views, different characteristics, different lives, stories etc...That's gives me an idea and aware of the things I encountered everyday in my existence. As I understood, back at my very young age, (17 years old)life was very shallow. It has a deeper meaning.

I meet a friend which is 4 years older than me, back in the Philippines she was an English/History Professor. She is smart, a good speaker, and intelligent. I adored her so much in that way. We've been living in together for about 2 years and since I left my previous job we communicated and meet once in a while. We been good friends and I knew her secret as she shared it to me. When she was teaching in the Philippines, she had a text mate which is 12 or 13 years older that her. The relationship went on so well. But she was well aware that the man is married and just filed a legal separation. Before she left to worked here in Israel, she meet the man in person and shared things which she never expected to happen. They both fall in love each other. She knew that the man couldn't bear a child because he has a sperm problem. They communicated and shared their love through the Internets and phone. As the year comes by, they still got the love they said, but she was confused of some things at the same time she was afraid to break his heart. She has a lot of friends that surrounds her. As far as I remember di kami nagkulang ng advices. It's all up to her to take it. We always reminder her that she was young and smart and she could find better than him. But she was stubborn. For 6 years working here, she decided to marry that man, and lied everything to the people that surround her especially to her family. But before that she adopted a child and that man looking after the baby. And here in Israel besides us, she meet a person (man) and treated her as a best friend. She felt in love to that man and started to confused things. But wala pa din ikalito kasi married din yong lalaki.... For her , the solution is to go home and marry that fellow in the Philippines.

She went home for a month vacation. And show to the people that she got married to the fellow she brought to her hometown. She had a small wedding celebration and the family had no idea that the man she got into was married and have no permission to get marry again. She showed some fake documents to her parents and to her brother but unfortunately when she's back here her pastoral brother was bound to know the truth through the paper that she left there. When she's here as I mention earlier she was involved with a married man whom she thought a best friend, a confidante who took advantage with her. She fell in love with that man and got her pregnant. Me and most of her friends mad at her. She didn't know what she is doing with her life. She's illegal now , pregnant but she is still continuing her romance to that married fellow and also supporting the fake husband in the Philippines with the adopted child. I have pity with her but as a friend and I think not only me are not lack giving her advices before she get into that trouble but she didn't listen. After all , what the damaged she's been done or doing now is her responsibility. She is responsible of the consequences. She is smart , intelligent woman but she didn't use her common sense.

Email ThisBlogThis!Share to TwitterShare to FacebookShare to Pinterest
Labels: life

In love we never know when it comes and when it goes. I think even how clever or smart we are we we fall in love , we cannot use our common sense.We often used our heart to role our brain.